11th July 2021 marked 26 years since the mass genocide of Srebenicia, which murdered over 8,000 Bosnian civilians – one of the worst crimes against humanity on European soil in modern history. With approximately 80,000 Bosnian Muslims killed, as more remains of the victims of this bloody massacre are discovered year by year, the people of Bosnia are yet to recover from this disaster.

Bosnia is our closest neighbouring European Muslim country. Those living in poverty in Bosnia are isolated, unsupported and unheard. Thousands live in poverty, thousands more are at risk of falling into poverty and the movement of refugees in the region places further strain on the impoverished population of Bosnia. You can make a difference and donate now to send food to a needy family in Bosnia today.

Children in Bosnia live in poverty.

of the population live in poor rural and isolated areas.

refugees are estimated to have passed through Bosnia since the beginning of 2018.

internally displaced people are recorded to be living in Bosnia – numbers of unregistered refugees could be even higher.

In the lifetime of a Bosnian Widow

How far can your donation go?

We already know where we can provide better support to millions of Bosnians. How will your donation help these people?

£16 provides a family with food for 2 weeks

£21 provides a family with food for a month.

£105 feeds 5 impoverished families for a month.

Or donate any amount towards the cause.

Be the one who didn’t just stand by and watch the Muslims of Bosnia suffer.

We are launching our humanitarian aid project in Bosnia to protect vulnerable and impoverished families from starvation.

We will grow the project, with your support, over time. Stay posted for regular updates on our work on the ground in Bosnia. 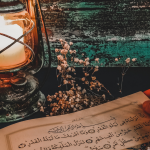 What are the four Sacred Months of... 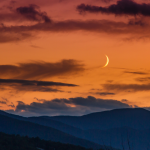