“Revive strictly operates through networks of people who have been established long-term on the ground in the areas in which we work. So far, we ave solely operated through networks who are ultimately under the guidance and watchful eye of various Scholars of Islam. Namely, Shaykh Zaqir’s teachers and colleagues in Dawah.

We are dedicated to a streamline and focused approach to delivering humanitarian aid, meaning that we operate with a minimal staff in the UK, networks abroad and a stronghold of faithful volunteers!”

The Respected Habib Umar is a prominent caller to Allah and conveyor of Prophetic Knowledge. He delivers regular lectures and khuṭbahs within Hadramawt (Tarim, Yemen) and internationally. He established al-Ra`fah Foundation in 1418 (1998), which sponsors students of sacred knowledge, teachers, orphans and widows and assists the poor and needy in the Hadramawt region and has been prominent in rescuing needy people from homelessness due to flooding through the efforts of his humanitarian work.

His Eminence Shaykh Karim Rajeh, born in Damascus in 1926-1344AH, is the Shaykh of the readers go the Levabt and one of it’s greatest scholars. He completed Qur’an memorisation and numerous Ijazah holding onto the golden chain of narration. He studied and graduated from the Faculty of Shariah at The University of Damascus and worked as a teacher of Shariah. His Eminence was unanimously elected by scholars to be the “Shaykh of readers” of the levant in 1988-1408 when his Shaykh, Shaykh Hussein Khattab passed away. He holds honourable positions in standing up with the Syrian revolution and supporting the oppressed by resigning from the Ministry of Endowments in support of the Syrian Revolution.

Having completed studies in Arabic language and Islamic Studies at Al-Fatih Islamic Institute, Damascus, Syria, the respected Shaykh Ayman Shaybani continued to obtain a doctorate in Islamic Jurisprudence and its origins in 2014, Istanbul where he now resides.
Having worked as an Imam and teacher in Islamic Institutes during his time in Damascus, he helped innocent displaced victims of war from Homs and Idlib by providing them with shelter, food and medicine. This caused his need to emigrate to Istanbul due to Syrian security forces searching for him. However, established Emaar al-Shaam humanitarian organisation and still continues to support the Syrian revolution to this day through his humanitarian efforts by providing education, aid relief, emergency services and care for orphans.

After graduating from Manchester University with a BA (Hons) in Politics and Economics, Sheikh Muhammed Zaqir studied in Damascus, Syria for 8 years at the Prestigious Abu Noor Institute and studied several classical disciplines of Islamic knowledge at the hands of some of the most prominent holders of the tradition. He has also been blessed with the opportunity to spend time in the illuminated city of Tarim, Hadramaut; where he studied at the eminent Institute Dar ul Mustafa, under the qualified hands of some of the most illustrious guides of knowledge. Being classically trained in the sacred sciences he has attained formal ijazahs in various Islamic Disciplines, including the Shafi’i, Maliki, and Hanbalis schools of Law, although having attained iftaa in the Hanafi Madhab. Despite his extensive knowledge in all these areas, his specialism is in the sciences of Islamic Theology. Sheikh Zaqir is currently the founder and director of Darul Arqam Educational Trust, and also Project REVIVE which is the humantarian relief branch of Darul Arqam, moreover he is also the founder of many other grass root organisations and initiatives.

Damascus
Born in Damascus, Sheikh Muhammad Al Wail descends from the Al Qadi Ibn ul Faqhar Ibn Salman, a Hanbali qadi. He graduated from the prestigious institute of Mahd AlFath in 2000, as the 5th youngest ever student to enter the institution, not yet even in his teens. He thereafter continued his studies in the Islamic university Al Azhar in the faculty of Usul udeen (the theological principles of our faith specialising in the sciences of Hadith).
He also studied at the hands of the great scholars of Damascus such as the Shaykh the linguist the Mufassir Ahmed Naseeb Al-Mahameed. Also studying under the great scholars such as Abdul Razaaq Al Halabi and Al Qadhi Murshid Aabideen.
He took the sciences of the Quran from Shaykh Muhammad Bakli and Muhammad Sukur.  He has travelled extensively throughout many countries in order to continue his studies and his research into the sciences of Hadith and manuscripts. This included visiting the national library of Berlin to access its manuscripts collection. He also has been instrumental in establishing Shari’yah schools in various parts of Africa and beyond.
Shaykh Wail Hanbali has received licences to narrate the 9 books of Hadith from various Hadith masters from around the Islamic world. He has a wealth of knowledge concerning Islamic Manuscripts – working with them for more than two decades.  He was also from the key staff of printing a new verified edition of the sacred law enclycopedia of the Hanafi School – al-Hashiyah Ibn Abideen. This was printed in more than 14 volumes.  He has also printed various works from the manuscripts and adding beneficial marginal notes. He is also involved in distributing aid to orphans and needy Scholars of Syria especially those who are related to scholars and callers to Allah. 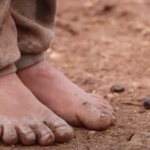 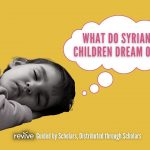 What do Syrian children dream of?