Skip to content
March 2021 marks the 10th year since the devastating Syrian Civil War broke out. Beginning with a peaceful protest, no-one could imagine the scale of devastation we would witness over the next decade. According to the UN, this is “the worst man-made disaster since WWII”.
The death toll in December 2020 was reported to have reached 593,000 and has left 12 million in need of humanitarian assistance. How did it get to this? 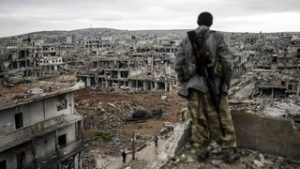 It was 15th March 2011 when protestors took to the streets in response to the torture of teenage boys who had been arrested in Deraa days before due to graffiti denouncing Bashar al-Assad, the long standing president. What began as a peaceful protest seeking the release of political prisoners and democratic reform would result in a decade long blood bath.
By July 2011 the Free Syrian Army was formed, a rebel military group whose objective was to overthrow the government. This rapidly escalated into full blown Civil War. Over the years Syria has fallen victim to multiple rebel groups seeking to occupy various territories, further fuelling the conflict and leaving civilians desperately fleeing a land which they once called home, to seek safety elsewhere.
As we reach the 10th anniversary of this nightmare war, we find ourselves asking upon reflection – is there an end in sight for Syria? 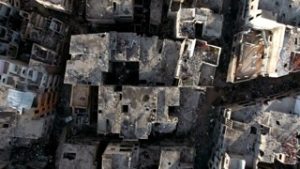 Revive was formed due to humanitarian aid organisations largely pulling out of the area due to widespread confusion as to who was the enemy and who was innocent. A plea from locals on the ground not to send aid which was ending up in the hands of the oppressors and being used to further increase their suffering, left so many without help and accepting that, they will wither die of starvation or an explosion, the only question was which one would kill them? 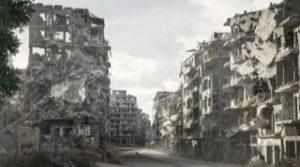 We are honoured to be able to serve the people of Syria in a way in which there is no ambiguity that we are reaching the isolated and the innocent. However, we pray for an end to this seemingly never ending conflict so that the people of Syria can begin to rebuild their lives in the land we all love. Our roots are planted, Revive Darul Arqam intend to remain for the foreseeable future serving those from Syria who are suffering and ensuring that this part of the world didn’t stand idly by and just watch.